Marshall A. Jones of 360 Training posted on the Facebook group "Austin Police Accountability Group" the following about Trayvon Martin: "Marshall A. Jones Lots of innocent people suffer from police misconduct, yet you want o honor a thug killed by a man who wasn't even a cop." Marshall Anderson Jones is actually the thug that he speaks of. Marshall A. Jones has been arrested three times for DWI on 12/13/2001, Evading Arrest or Detention on 7/11/2005 (Charged with a felony) and DWI for the 2nd time on 12/27/2008. He is a violent and threatening man who has been cyberbullying and cyberstalking others online. His main method is Facebook. He has been known to use fake Facebook profiles and even go so far as to have a profile pic of a Black person. He has known white supremacist and KKK ties, and is mentally ill and disturbed. His obsessive stalking and paranoia has gotten him into trouble before.

Ed Taylor, Senior Network and Systems Engineer at Hewlett Packard, had the following to say about Nelson Mandela and Barack Obama claiming that they had engaged in tire necklacing of whites. Tire necklacing is a method of killing which involves putting a petrol-filled tyre around a victim's neck and setting it on fire. Ed.Taylor@HP.com 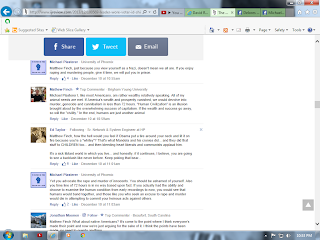 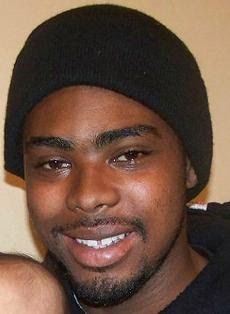 On a cold New Year's Day Oscar Grant III (pictured on the left) was fatally shot by BART (Bay Area Rapit Transit) police officer Johannes Mehserle in Oakland, California. Previously, cell-phone video broadcast on local television station KTVU on January 23 showed what appeared to be BART police officer Anthony Pirone (pictured on the right) rushing towards one of the detained men and punching him in the face several times two minutes before the shooting. Additional footage from a cell phone was presented in court showing Pirone standing over the prone Grant before the shooting and yelling: "Bitch-ass nigger, right?". As of May 2013, Pirone was charged with unemployment fraud and is currently in the Army. He was previously in the Marines before his employment as a BART police officer in which he was fired due to his misconduct in the Oscar Grant shooting. Mehserle served was sentenced to two years, minus time served on November 5, 2010. He served his time in the Los Angeles County Jail and was released on June 13, 2011 and is now on parole.
Posted by Unknown at 9:37 AM 1 comment:

On a cold and snowy day on January 26, 1969, Edwin T. Pratt of the Seattle Urban League was shot and killed at his home on 17916 1st Avenue NE in the Shoreline neighborhood of Seattle, Washington. In less than five years upon being initially hired as a Community Relations Secretary at the Seattle Urban League he had been promoted as the Executive Director and a popular civil rights leader who was not afraid to challenge the status quo. Under his strong leadership and guidance the Seattle Urban League had grown from a small and struggling staff of 5 to that of 25 and many initiatives had taken place such as negotiations for more African-American enrollment at the University of Washington and better programs and services for African-American youth. His murder remains unsolved. 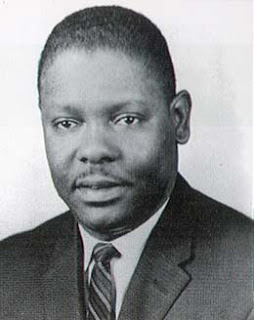 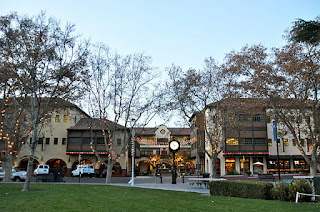 A talented art student who had been attending the Art Institute of San Francisco, 23-year-old Timothy Lee was found hanging from a tree near the Concord BART Station in Concord, California. Police ruled it a suicide, and said they found a suicide note, but the family said the mistakes in the handwriting were obvious such as misspelled words, names and most of all Lee's signature. The police said a State Department of Justice analysis concluded it was his, despite no verification of how they came to that conclusion. Was it a brief review? By sight? Expert determination? Neighbors Callison and Hannum heard screams that night. Another handwriting expert, Andrea McNichols of Graphology Consultants International, disputed the findings by the Sacramento based Department of Justice. McNichols even had a possible suspect from her archives. Richard Goodfellow and his former roommate George Harless were possible suspects according to others. Goodfellow was sent to prison for a triple slaying, and Harless had been involved in the assault of African-Americans while dressed as a Klansman.
Posted by Unknown at 7:32 AM 1 comment:

1962 World Heavyweight Champion Sonny Liston had been abused all his life and even in death his passing raises strange questions. Due to having to leave school at an early age because of his classmates' mockery of his illiteracy, he worked the land that his family sharecropped. His father had 25 children and inflicted heavy discipline on Sonny whose back bore scars even as an adult. At the age of 13 Liston left home to strike it out on his own but due to a lack of education and racism most jobs he could find were few and very exploitive. He then engaged in petty crime to make ends meet and when sent to prison learned boxing which he took upon his release. Before he was set to box a Canadian boxer, Sonny Liston was found dead by his wife Geraldine on January 5, 1971. He had been dead for days. Police ruled it a heroin overdose, but the autopsy results were inconclusive and police could not find any drug paraphernalia or needle that he would have used to inject the drug, and he was not a known drug user. Police were looking for a black man....any black man and Marine Corporal Lindsey Scott fit the bill when a white woman was raped, sodomized and assaulted on April 20, 1983. Lori Jackson, a homemaker who didn't have a law degree or formal experience, did the impossible. She got Scott an attorney, publicized his plight to the media, and did her own detective work....while dying of cancer. Jackson later succumbed to cancer on November 26, 1988 shortly after Scott was acquitted of the crime. Her dedication and perseverance is cited as an example of civil rights activists and advocates who contribute significantly to overturning wrongful convictions. The movie "Dangerous Evidence" is based on her story. 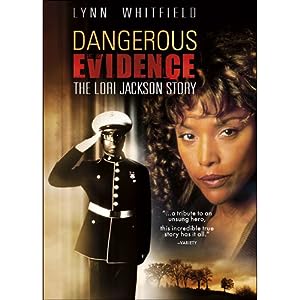